I received a note from Amarnath informing about completion of 7 years of CAT. 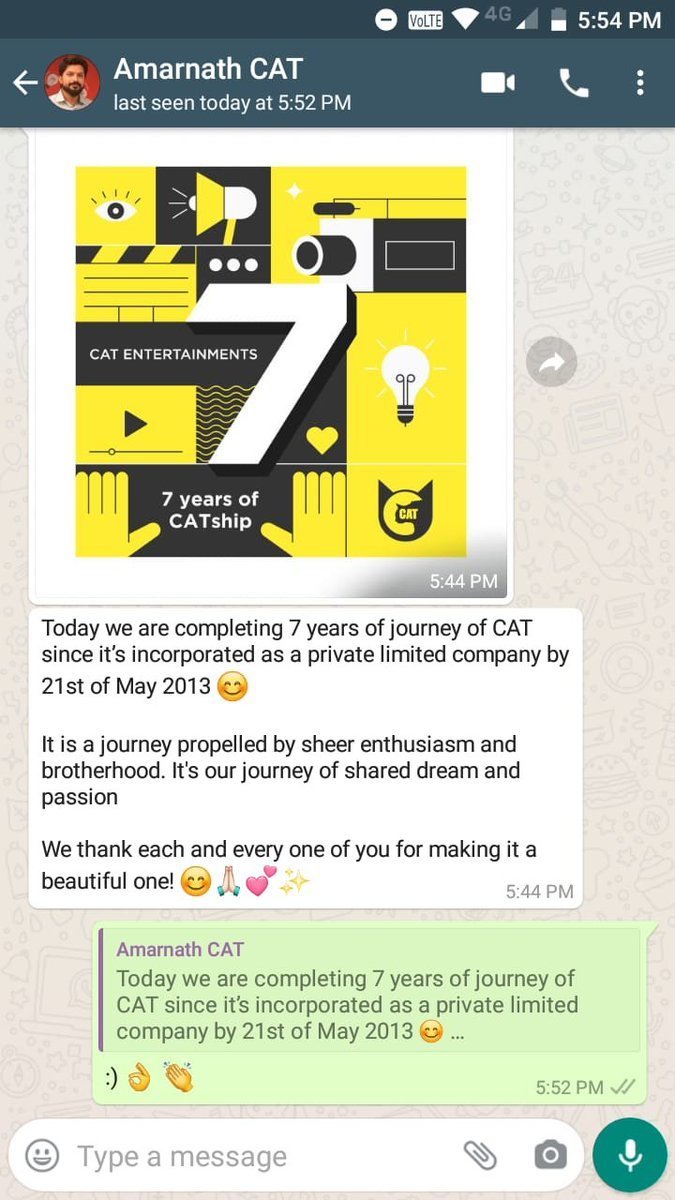 Along with that, he had asked about my memorable experiences with them. 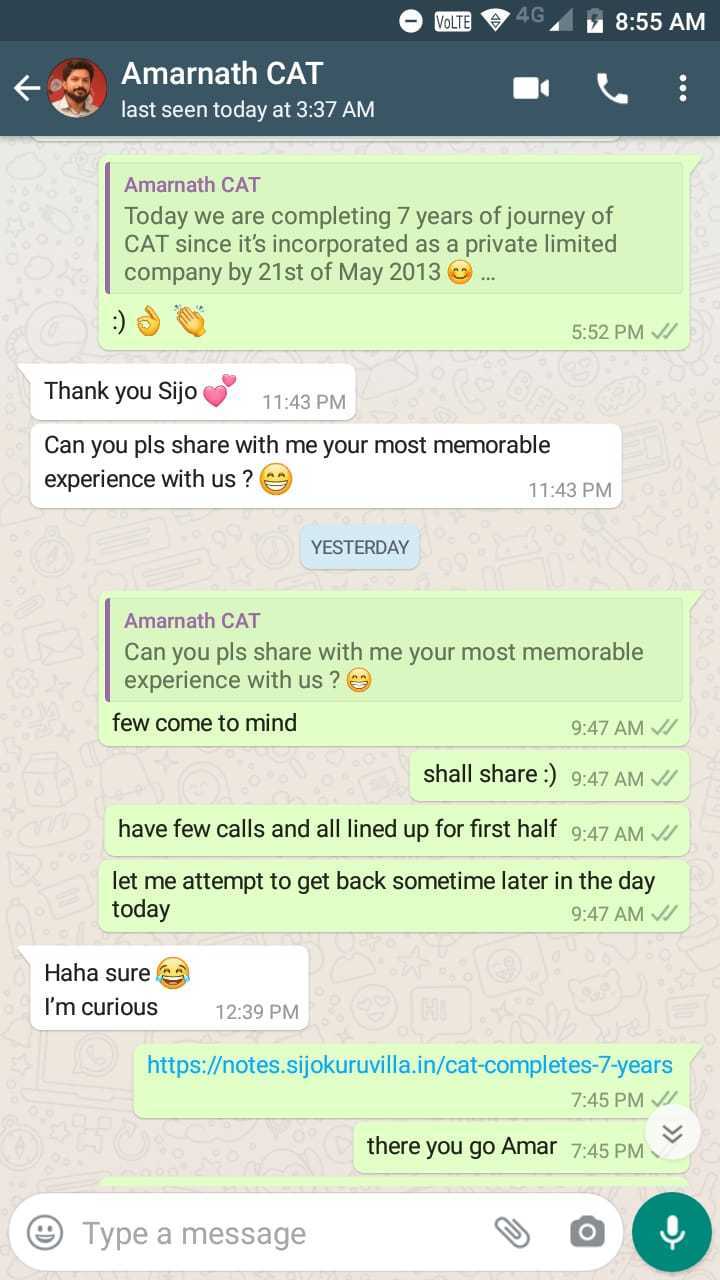 Listing out the few that came to mind

Having said all that, it is indeed commendable the journey they have traversed and the personal growth they have navigated. In the process, they have also created a valuable and profitable enterprise. I have been fortunate to have been able to witness their journey from the sidelines and also to have played minor parts in it along the way. They brought to fore temperament in loads that made them well suited to build the kind of company that they did. What is also compelling is the professionalism and the congeniality they have maintained throughout with everyone they have ever come across - this really stands out for me.

At this point, as an organisation they are eager and well poised to get to their next phase of growth. And most likely, we will yet again get to play a part in some form. Conveying my regards once again on the occasion. Also wishing the very best for the years to come.